Touch is transforming how we interact with computers, and motion control can do the same

Gesture interaction with computers had long been the stuff of sci-fi, until the recent socially-awkward flamboyant games such as Xbox Kinect began to enter the mainstream.

Now that touch screens have moved the human-computer interaction beyond the monopoly of the mouse-keyboard union for the first time in 30 years, are we now at a point where we can put some distance between us and our computers? Can we instruct them without direct contact but now move to the new union of voice-gesture? 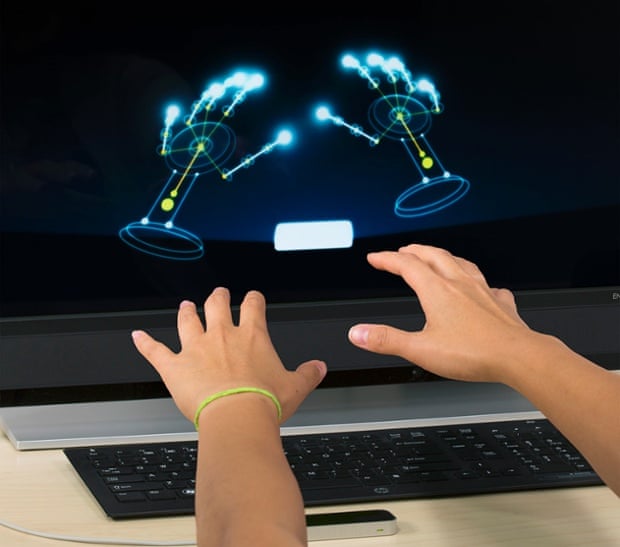 Leap Motion is the first serious mainstream contender for a high fidelity gesture peripheral. It tracks the movement of hands in two square feet of space above it with unbelievable speed and accuracy.

The first question everybody asks is, ‘So what can it do?’. The short answer is, today, very little. Tomorrow? Well, I for one am a believer. What we have here is a limitation of imagination, not of technology. That is usually a catalyst for innovation.

Receiving my Developer Kit a few weeks ago was a cause for a large crowd to gather in the development team at the Guardian. Only a handful of new gadgets really generate this level of excitement and people wanted to see for themselves whether it lived up to the hype.

At the point of receiving the developer kits, the demos available were basic but captivating. The ability to interact with a school of digital fish or navigate through central London like a helicopter was briefly entertaining.

We were able to use the Leap Motions during our last internal Hack Days which generated some interesting results. But one litmus test I have for new technology is whether my five-year old daughter can operate it. Whilst she struggled with the games that require pinpoint accuracy and poise, she adores playing with the fish and flying around the earth.

Using the Leap is a good experience as long as it is stationary and not near any very bright light sources. Once you attach it to a laptop and take it mobile, the varying light sources can make it lose track of your hand and this spoils the game or application you are working in. The ability to strain out extraneous light input is the largest challenging still facing the Leap.

The software running the device has made huge leaps (excuse the pun) forward in its reliability and functionality over the last few weeks. There are a small number of applications ready on their new Airspace app store. I have tested a few of them and the experience varies widely.

Established game developers zeptolabs have ported ‘cut the rope’. This is the most fun I have ever had playing this game, and far more immersive than on the iPhone. Other games such as Puddle and Boom Ball are really good fun. The art, medical and astronomy apps were briefly interesting but didn’t engage me.

Long term, this is the beginning of useful gesture control of computers.

In the short term the Leap proves itself to be an entertaining gadget for early adopters, and compared to other cutting edge gadgets entering the market the price is low at under £77, delivered in the UK.

I’d like to see it do well and enter the mainstream peripheral market; that jump could come if a wide number of PC manufacturers build it directly into their laptops and desktops.

9 Adventurous Things to do in Nepal 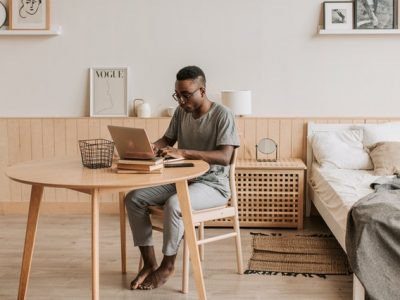 How Much Do You Know about Mac Computer Vs Normal PC Pros and Cons?